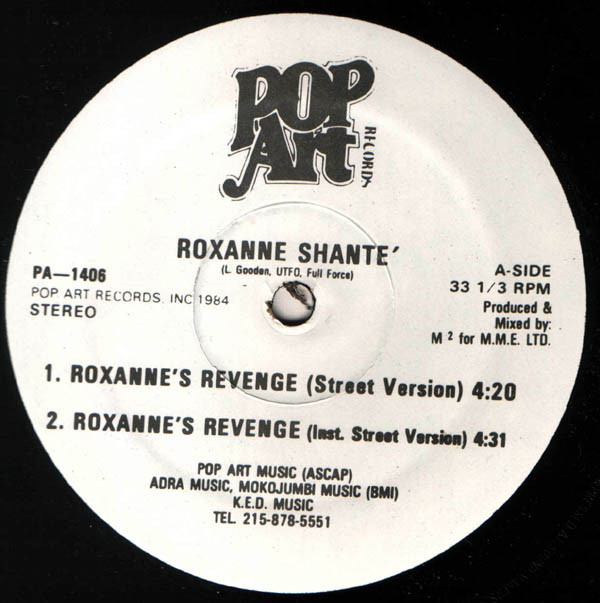 SPOILER ALERT: This is not a movie review. However, if you haven't yet seen "Roxanne Roxanne," the biopic about pioneering female emcee Roxanne Shante, then you might want to log off right now. 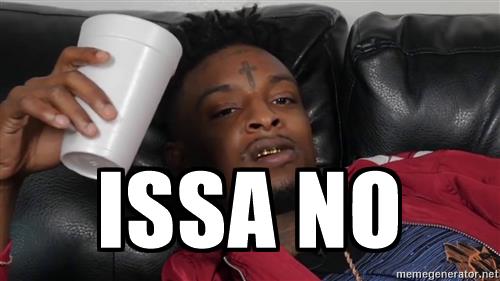 Admittedly, I had never heard one single song by 21 Savage before Tuesday night.

In fact, I never wanted to. Didn't even want to give him a chance.

It wasn't a regional bias or anything like that since I never even took the time to learn anything about him.

Hell, for all I knew 21 Savage could've it could've been the name of a group.

The point is, I wasn't even trying to find out, based on the name alone. 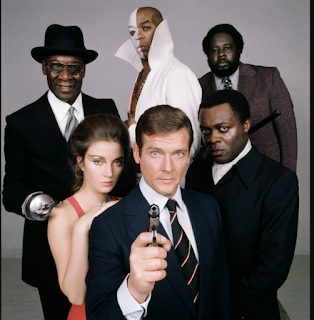 Roger Moore as James Bond had two on-screen sexual relationships with black women, one of them being in a film that was partially set in the historically black neighborhood of Harlem in uptown New York City. To my knowledge, the only other time a Bond character did that was when Halle Barry hooked up with Pierce Brosnan in 2002’s “Die Another Day.”

But it was Moore’s portrayal of Bond in 1973’s “Live And Let Die” that stands out when it comes to the inclusion of people of color, partially because is cast the usual suspects from that era’s Blaxploitation flicks, including Yaphet Kotto, who is (spoiler alert) killed by being literally blown up in cartoonish fashion.

Don't call it a comeback: GZA's new music after 8 years does not disappoint

I'm not even sure why this subject matter deserves a blog post, considering anybody who would even think about clicking on this must surely already be a fan of GZA. Hence, they would expect that his new solo album after an 8 year absence wouldn't miss a beat, literally and figuratively.

Me? I had my doubts.

But when I learned GZA was in prime "Beneath the Surface" mode on a leaked single from his forthcoming "Dark Matter" album, I was all ears. 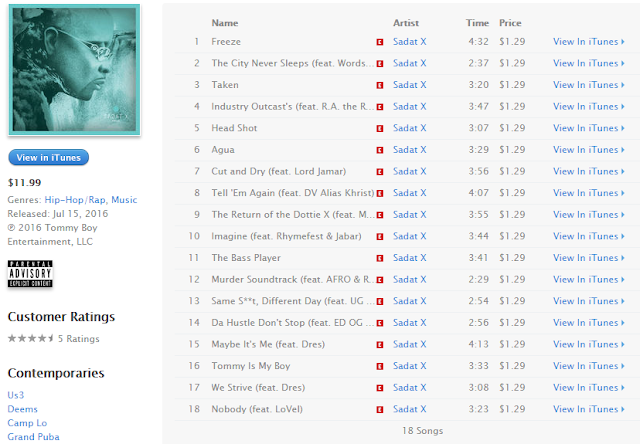 I'm sorry, but this is a problem for me.

To be fair, Sadat is far from the only rapper who does this. But the practice of flooding your music with featured artists is usually reserved for the mixtape treatment. Compounding this apparent error in executive producing judgment, it seems nowadays, with each subsequent lyrical effort from the artist formerly known as Derek X, his legendary status is waning rapidly.


I can't put my finger on the exact moment when hip-hop music and culture took a decided departure from weighing in regularly on the state of American politics, but suffice to say that time has been upon us for at least the past 15 years. And that's probably a generous estimation.

Even with the historic election of President Obama -- a moment which the Commander In Chief would later say could not have happened without the help from the hip-hop community; something that both Puffy and Jay Z each promoted heavily, the latter of whom was inspired by the momentous occasion to record a classic verse -- rappers have largely stayed away from any lyrics centered on politics.

Yes, of course, rappers have made vocal their political stances all along. Most recently, a spattering of rap songs honoring victims of police brutality followed a series high-profile instances of police repeatedly killing unarmed black people.

But many voters who look like the vast majority of rappers -- skin tone-wise, at least -- have similarly high stakes in life as those presented by recurring police brutality that's lopsidedly against minorities. And considering the portentous political proposals put forth by the presumptive Republican presidential nominee -- one Donald J. Trump -- it's borderline inexplicable why rappers would stand by silently.

That's why they're not. Sort of. Well, it's complicated.

The Falling Season: Masta Ace's Your Old Droog cosign is both unexpected and validating. Kind of 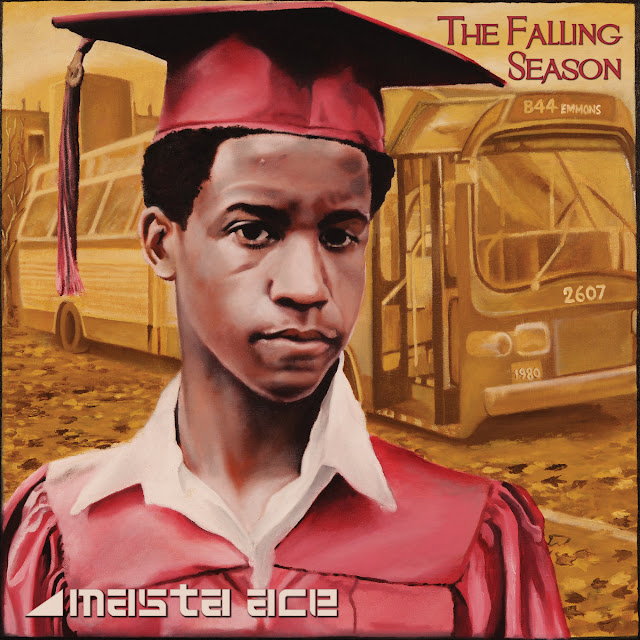 In Hiphop, it's all about the cosign. Rarely can a rapper come out with a hit song without a reputed affiliation with a respected figure. From Das EFX and EPMD to Em and Dre to Jay and Kanye, the list of Hiphop hat-tips resulting in lengthy, quality careers is a hearty one.

But the following example is not that. Kind of.

Your Old Droog, sometimes known as the fake Nas, has an eerily similar voice, cadence and flow(s) to one Nasir Jones. It's a comparison that Droog says isn't accurate. Kind of.

According to The New Yorker's Jay Caspian King, who wrote what appeared to be Droog's first formal interview with the mainstream press, the Brooklyn rapper says he's of a different mold. Kind of.

Though he respects Nas, he sees himself more in the lineage of Big L and Kool G Rap, rappers who shared his love of punch lines.


Not withstanding the fact that Nas is among the nicest with wordplay, Droog can rap with the best of them. His punch lines are ridiculously witty to the point that most are rewind-worthy to see if your ears were fooling you the first time around. But with the rise of other talented, new rappers who have seemingly based their entire careers' very existences on those of legendary and established emcees, Droog was instantly guilty by association. Kind of.

BC-TW
BC-TW is an award winning digital journalist and social and cultural critic, regularly publishing news and opinion pieces regarding the state of Hiphop culture as a means to provide a unique, Hiphop perspective. BC-TW has been published in national newspapers, magazines and online. Contact BC-TW @bctw.